Motor Neurone Disease (MND) is a progressive, debilitating disease caused by a issues with the motor neurones in the brain and spinal cord. These motor neurone cells gradually stop working over time, leading to muscle wastage. MND can affect how you walk, talk, eat, drink and breathe, but the mind remains strong, making special memories with friends and family invaluable for those affected.

Whilst most MND charities focus on medical research, Challenge MND makes sure that those who are already diagnosed are able to create truly special memories, be it through a physical challenge, a peaceful weekend away or a virtual reality experience.

Challenge MND is inspired by Alex Gibson, who was diagnosed with MND in 2018. Alex is a former decathlete and Brentwood rugby player who has already created many lasting memories of his own since his diagnosis. He has completed multiple physical challenges, from walking two marathons in one day, to breaking the world record for travelling the River Thames via pedalo.

There's a 1 in 300 risk of getting MND across a lifetime & currently there is no cure. Alex Gibson our founder was diagnosed in 2018 & we hope this video shows that whilst MND may gain the upper hand physically, it will NEVER conquer your mind.#GlobalMNDAwarenessday #staystrong pic.twitter.com/yJwW6xXxTH

Natalie was diagnosed with MND in 2016. After some time she became dependent on a wheelchair and suffered a real knock to her confidence. A couple of years later she met Alex, and became inspired by the superhuman challenges he was setting himself. Natalie went on to set a challenge of her own: to pedalo the river Chelmer.

"Pardon the cliché, but that day on the river really will be a day I treasure forever! From start to finish I had crowds of friends and family supporting me as pedal by pedal we completed the 14 miles!

"Before the challenge began I honestly had no idea if I'd physically be able to complete it or not. Unable to even walk a step unaided was obviously playing on my mind, but I believed there was still power in those legs of mine! Having Alex by my side and my team behind me fuelled my determination to succeed.

"...For the first time in a long time I felt proud of myself. I'd completed my challenge and knew with the money I'd raised I'd be helping to fund someone else's memory of a lifetime!" - Natalie on her Chelmer Pedalo challenge

Since his MND diagnosis in 2017, Paul Jameson has raised a whopping £150,000 for MND charities and has been living life to the full, ticking off an incredible bucket list of achievements. In 2019 he received support from Challenge MND to conquer an incredibly daring (and dangerous) mountain - the Matterhorn.

Known as the 6th most dangerous mountain in the world (Everest is the 9th!), the Matterhorn in Switzerland took careful planning and even more careful decision making from Paul's team. Paul was joined by two good friends as well a professional mountain guide.

"After 4 hours of climbing, we were falling behind the pace and came to realise the difficulty of the challenge. We were amateurs playing a professional game. We reached the ‘Shoulder’ at about 4,200 meters when the guide quite correctly made the call that we did not have time to summit and we should descend. It was a mixture of disappointment and relief, we were exhausted and still had the more difficult descent to manage. However, we were proud to have got as far as we did, only 200 meters from the summit. Sitting down, taking our helmets off, taking a breather and admiring the wonderful alpine views was probably the most memorable moment of the climb.

"A big thank you to all our supporters, particularly my family who had sleepless nights while we did the challenge. Also huge thanks to all the Challenge MND team and their kind donation, it made a big difference."  - Paul Jameson recalls his adventure

One fundraiser, Jed, is going from 'couch to 50k' to show his support for families affected by MND. In January, Jed's family were rocked by his mother's diagnosis of MND. Jed highlights the vital role Challenge MND plays in supporting carers of MND sufferers, as well as the individuals themselves.

Alex, founder of Challenge MND, hasn't stopped setting extreme challenges for himself either. His next escapade involves an ultra long distance cycle around the Outer Hebrides, which also happens to be another world record attempt! Find out more about these fundraising campaigns on the Challenge MND's Wonderful profile page. 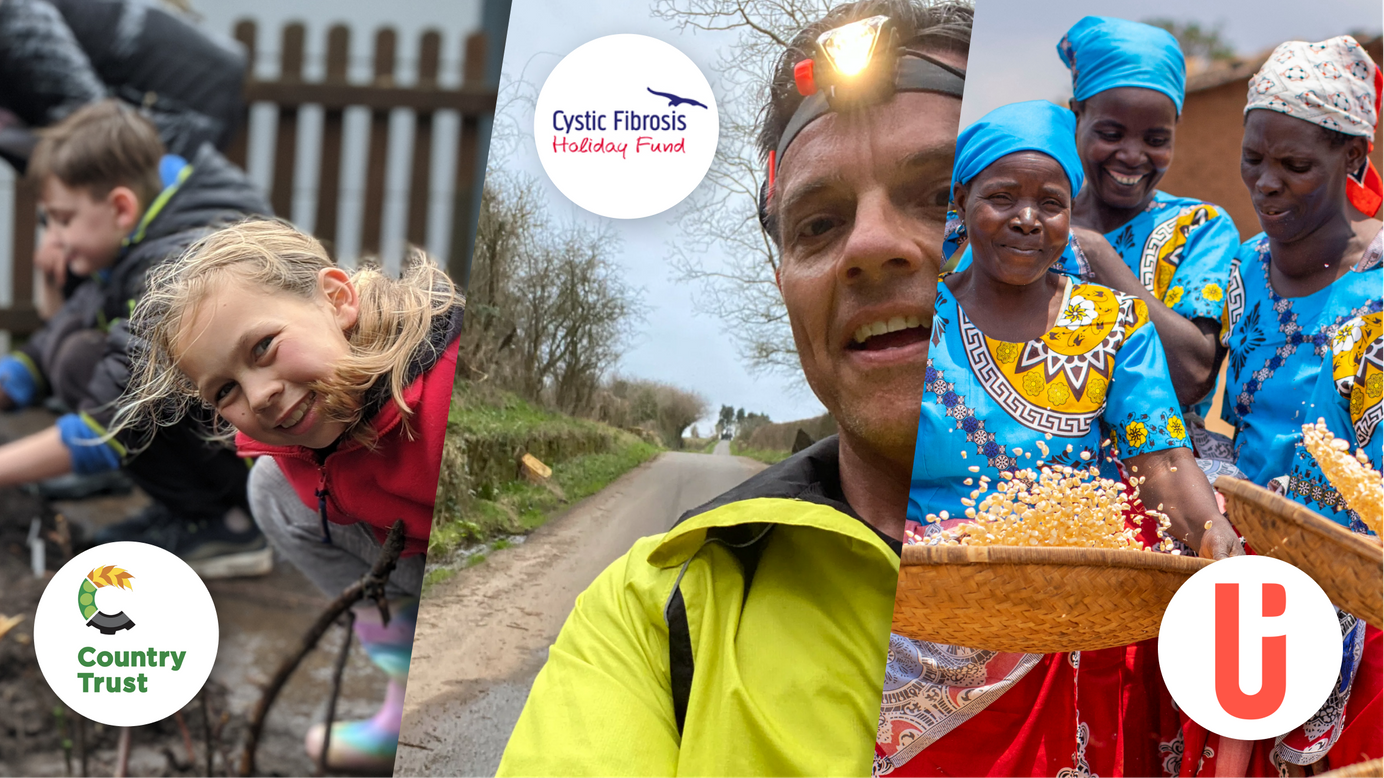 This April, we're thrilled to be re-launching our Featured Charities series, where we champion the incredible work of UK charities. 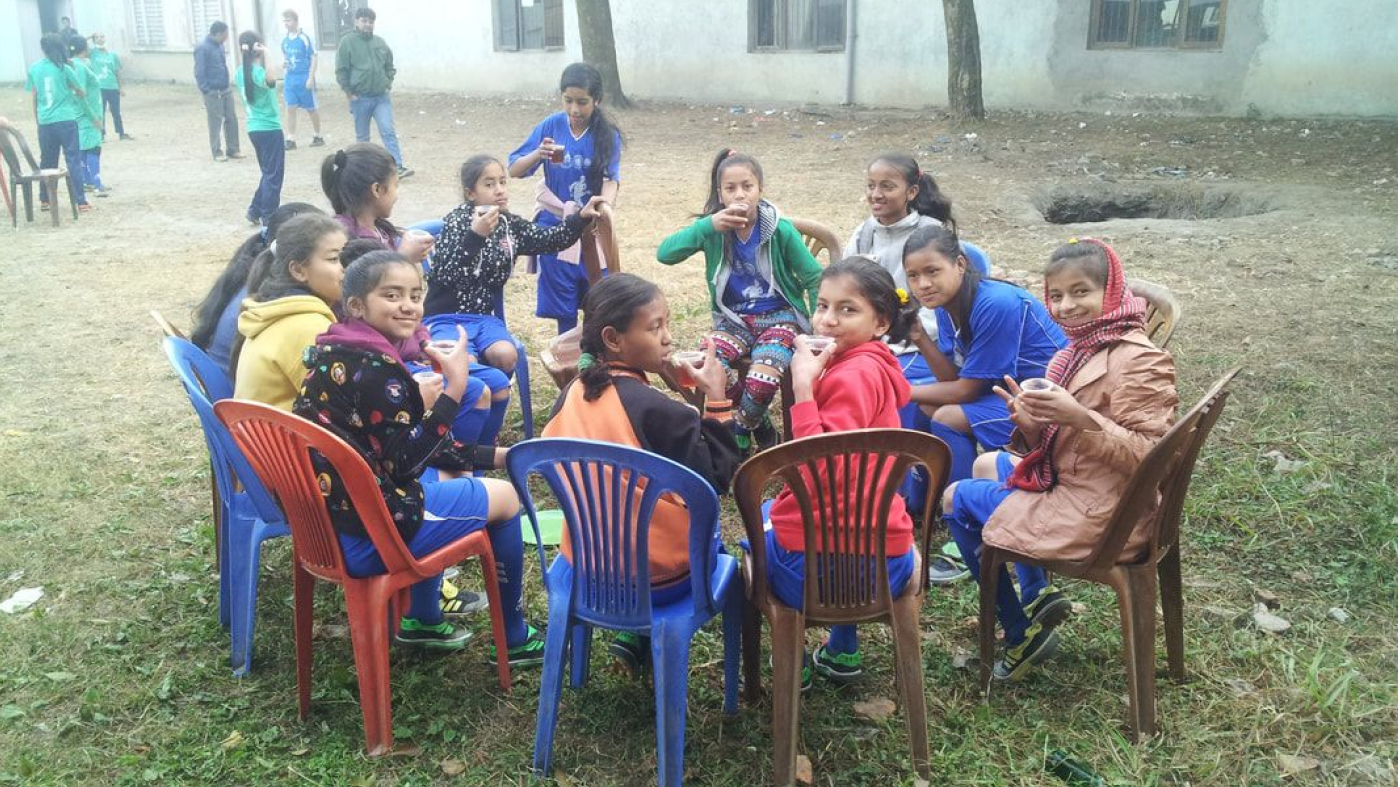 Small Acts of Kindness works on projects with local schools and other organisations, focusing on developing leadership and life skills.